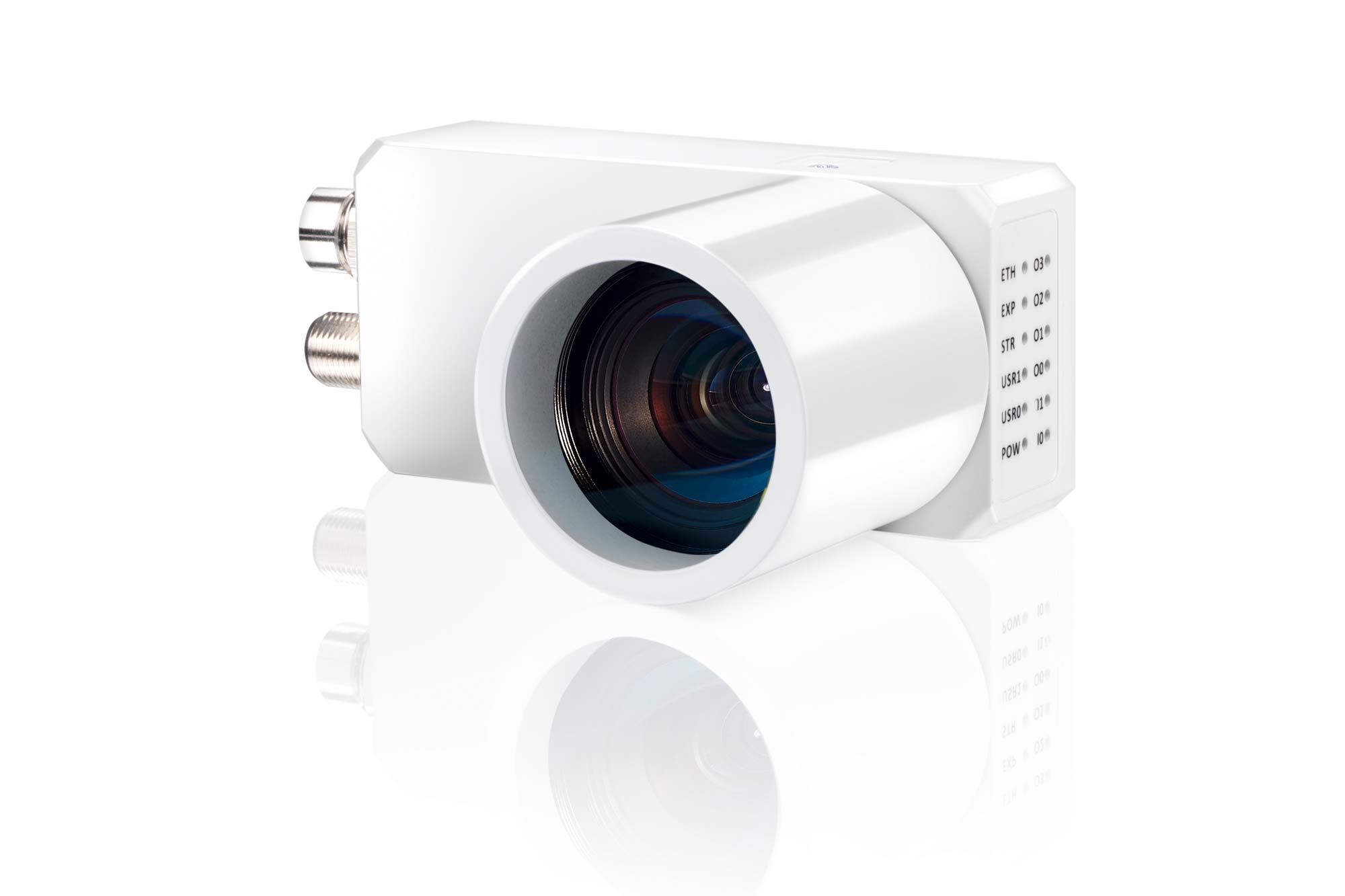 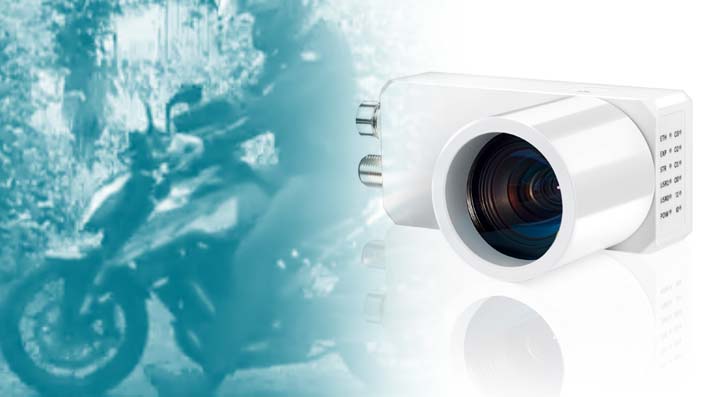 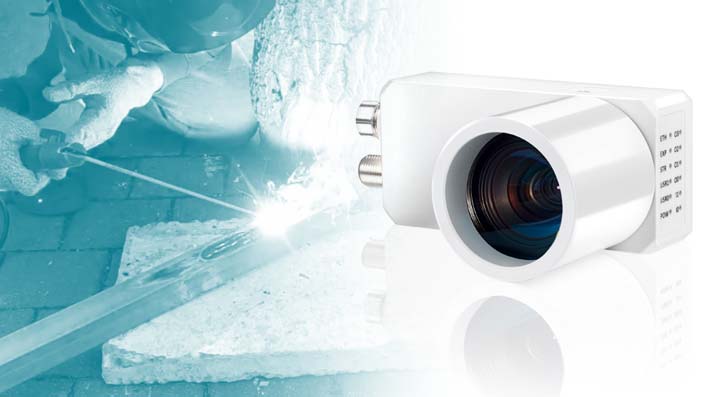 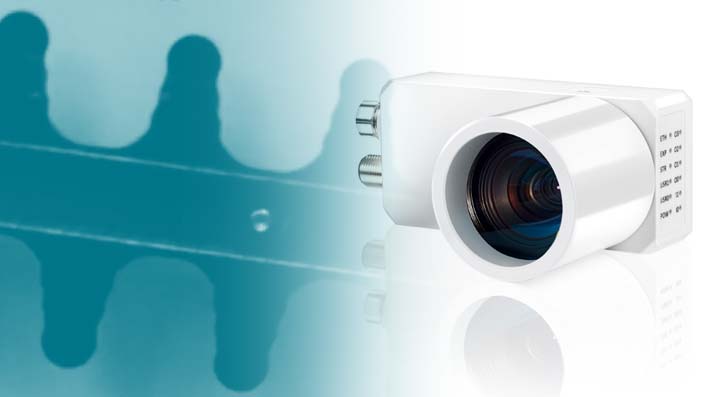 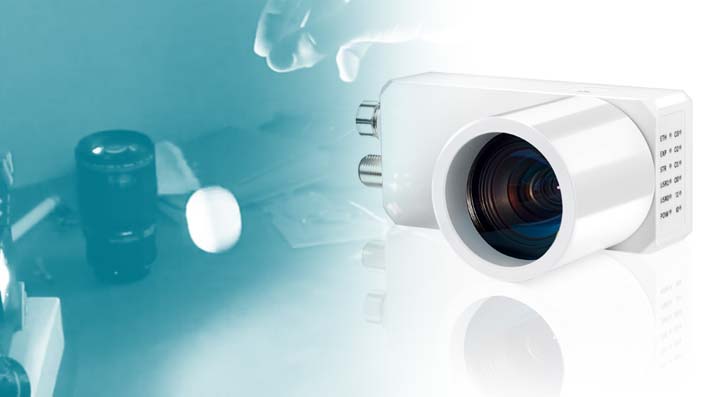 Event-based instead of traditional machine vision

Event-based machine vision is a completely new approach to solving demanding machine vision tasks. Traditional systems acquire images at a fixed frame rate and then pass them on to high-power processors for processing at high required bandwidths. Very often, this approach involves transferring and processing large amounts of data over and over again, even though they are redundant and do not change from frame to frame.

In contrast, systems with event-based technology do not record images in a fixed cycle, but each pixel autonomously provides information if the intensity of the pixel has changed. This revolutionary concept leads to several important advantages such as significantly higher speeds, reduced demands on the processors used and extremely extended dynamic ranges. As a result, Event-based technology opens up completely new application possibilities in numerous industrial and non-industrial fields of use.

With the intelligent camera Vision Cam EB, IMAGO Technologies has developed a compact, Event-based machine vision system that is extremely attractive in terms of price and in many cases considerably exceeds the performance of classic image processing systems in terms of speed and dynamics. The freely programmable embedded vision system works with a special sensor from the French manufacturer Prophesee, which emulates an extraordinary characteristic of human vision that has developed over the course of evolution: Our eye, or brain, is very sensitive to rapid changes, while the brain ignores an infinite amount of motionless data.

Prophesee’s Event-based Vision Sensor (EVS) works according to the same principle: each pixel on the chip has its own logic that allows it to detect changes in brightness and send detected event data to the evaluating computer autonomously, without the line or frame rate specified for conventional image sensors. The pixels themselves decide when an event is triggered and data is sent. As with human vision, this concept leads to considerably less data traffic and thus also to a lower transfer volume and shorter processing time. The sensor chip delivers up to 50 million events per second, significantly exceeding the speed of traditional image processing sensors, and is therefore also suitable for applications in which very fast movements have to be detected.

In classical image processing systems, images are captured at a fixed rate. Common frame rates are currently often in the range of 10 to 100 frames per second. Cameras for fast applications with acquisition speeds in the order of 200 frames per second and above are available on the market, but require a high level of investment as well as a powerful, well thought-out strategy for data transfer, processing and storage of the images. The enormous amounts of data generated by the complete transfer of all images limit the maximum possible frame rate of conventional image processing systems. Even at very high sampling rates, however, the possibility exists that an event occurs between the acquisition of two images, is therefore not registered by the image processing system, and the desired information is therefore not available.

In contrast, the concept of Event-based signal processing results in significantly less data that must be captured, transported to the processor, and processed there. Each pixel sends information to the processor only when a change from the previous sample is detected. This means that even the fastest processes in the kHz range can be analyzed using mathematical algorithms.

In certain situations, image processing systems are faced with the challenge of reliably detecting details even in the presence of very large differences in image brightness. A typical example is the tracking and quality inspection of weld seams during welding: the resulting arc is extremely bright, making a simultaneous inspection of the weld joint, which is relatively dark in comparison, almost impossible for conventional image processing systems.

For the Event-based sensor and the EB camera equipped with it, such a task does not pose a problem, because here it is not the brightness difference on the entire neuromorphic sensor that is decisive, but exclusively the brightness differences that each individual pixel detects from one scanning cycle to the next. With a dynamic range of over 120 dB, the smart camera Vision Cam EB clearly exceeds the performance values of conventional CCD and CMOS cameras, making it the perfect solution for tasks with very large brightness differences.

By focusing on the changes in the image, the use of the machine vision camera Vision Cam EB results in a significantly reduced effort for the transport of data and its processing, as the following example illustrates: Assuming a sensor with a resolution of 640 x 480 pixels delivers 100 images in 400 ms (corresponding to 250 images/second), in each of which 100 pixel values change. In traditional image processing systems, this results in 0.01 megapixels of data that must then be processed. In this example, 30.69 of the total 30.7 million pixels captured have not changed, but are still transported to the computer and processed there. When using the high speed camera Vision Cam EB, on the other hand, only 100 times 100 events, i.e. 10,000 changes in pixel values, are passed on to the computing unit and processed! For the same result, the effort for the data transport and the calculation is thus reduced considerably. This also means that by using Event based camera Vision Cam EB, smaller computing power and less expensive processors are sufficient to reliably identify changes in recorded scenes.

In many vision applications, it is important to record the exact time of an image capture or event in order to trigger subsequent responses from a system, to precisely time processes, or to log specific events. If, for example, defective parts have to be sorted out in a fast-moving production line, this requires precise timing between the vision system and the ejection unit. All events recorded by a VisionCam EB are provided with an exact time stamp that dates each event to the nearest µs. Due to the high sampling rate of the Event Based camera, the accuracy of these time stamps is well beyond the capabilities of conventional machine vision systems and enables applications that are not feasible with conventional cameras, such as systems for vibration analysis.

In order to be able to record very fast processes with classic image processing systems, the use of suitable cameras with high image acquisition frequencies, triggered high-brightness illumination and the use of suitable technologies and interfaces for data transfer and data processing is required. Such systems are therefore at a price level that often makes economic solutions difficult.

Since the basic concept of Event-based image processing results in a significant reduction in the amount of data that is generated and has to be calculated, processors with smaller computing power are sufficient. For this reason, system costs are reduced compared to traditional image processing systems, thus enabling more economical solutions with results of the same quality.

IMAGO Technologies paid great attention to practicality when developing the Vision Cam EB. Because this intelligent, Event-based camera uses integrated processors with relatively low processing power, the housing could be kept very compact with dimensions of only 105 x 50 mm (length x width). The depth depends on the selected optics and is 57 mm when using an S-mount lens and 110 mm when using the largest C-mount lens. An Ethernet interface with 1000 Mbit/s, a serial RS-232 interface, two opto-isolated digital inputs and four digital outputs are integrated for communication.

Most industrial cameras and vision sensors already include user software that allows image display and camera configuration. The machine vision camera Vision Cam EB can be put into operation, but for special applications and image processing tasks, the software must first be developed. This takes a lot of time and development effort. ViewIT offers a faster solution.

ViewIT is a framework that allows image processing applications to be developed quickly and cost-effectively – without having to write a single line of code outside of image processing itself. A graphical user interface with intuitive functionality and easy-to-configure software modules allows any automation engineer to access machine vision.

Basic applications as counting, vibration control or kinematic monitoring are an integral part of ViewIT. Regarding your individual application, IMAGO technologies can provide the algorithms used in the ViewIT environment.

The concept of event-based image processing is still relatively young. Nevertheless, the experts at IMAGO Technologies have already gained a lot of experience with this technology and will be happy to advise you on the realization of your individual solution!

The possible application scenarios for the industrial camera Vision Cam EB are extremely diverse. It often offers users solutions where classical image processing reaches its limits. Typical applications can be found in these industries, among others:

Counting objects, e.g. when filling a specified number of tablets into a container, works quickly and reliably with the VisionCam EB, even with difficult objects such as gel capsules. Another important issue for the pharmaceutical industry is the detection of foreign substances in liquids, such as vaccines in vials. Here, too, the Event-based solution is significantly simpler, faster and more cost-effective than conventional image processing systems.

For tasks such as fill level monitoring in beverage bottling plants or troubleshooting in the sometimes very fast processes in this industry, high-speed camera Vision Cam EB offers economical solutions. Should a bottle moving on an assembly line be gripped? The smart camera Vision Cam EB answers this question with extreme speed and precision.

The embedded vision solution Vision Cam EB shows its enormously high dynamic range particularly in applications with large differences in brightness. In industrial production, these can be found in welding processes or laser cutting, for example.

In this environment, the high sampling rate of the Event-based camera also facilitates the analysis of vibrations on machines that would be extremely difficult or impossible to detect with conventional image processing systems, thus enabling an economical form of predictive maintenance.

Packaging – printed – provided with many codes – in motion: where is the code to be read? With the VisionCam EB, such patterns can be detected in motion and, depending on the code type, also read.

Another typical application in this area is the detection of object sizes such as packaging boxes. The Vision Cam EB solves this task more easily and reliably than laser systems or other technologies.

Jams can occur at critical points during the transport of packages on assembly lines. A VisionCam EB can detect and alert to these.

Speed measurements or checking the standing time in front of traffic lights or stop signs are a walk in the park with the traffic control camera Vision Cam EB. The behavior of road users can be analyzed – without monitoring or image storage of the participants. Statistical analysis is much easier compared to conventional image processing.

Opportunities for using Event-based image processing can be found in almost every industrial and non-industrial environment. If you are a machine builder or manufacturer of inspection or production machines of any kind and are faced with a problem that cannot be solved economically with conventional image processing, it is worth talking to an expert from IMAGO Technologies about the special features of Vision Cam EB!